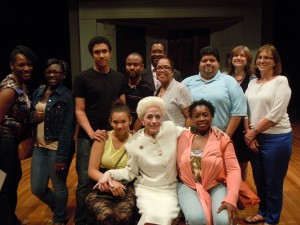 Holland Taylor dazzles our Dream Kids in the first, ever, Foster Your Dream event! Was it Ann Richards, the Governor of Texas that Ms. Taylor portrays … or was it Holland herself who took a one-on-one interest in the kids who stayed afterwards to meet her in person on the Sunday Matinee of “ANN” at the Vivian Beaumont theatre in New York city? It was almost hard to tell because near the end of the play, Holland (as Ann) says the line: “One of the things I miss the most about not being Governor, is meeting with the school children.” It was uncanny to see life imitating art as our afternoon unfolded! After a sizzling tour-de-force performance, Ms. Holland, who was only scheduled to sweep in, say ‘hello’ and sweep out, stayed a very long time and took special interest in our kids. She put her arm around one enthralled girl and had several (not just one) heartfelt discussions with this particular Dream Kid! The play, which Ms. Taylor wrote, has the effect of inspiring the audience. But when the brilliant actress, who spends two hours by herself on stage, noticed a spark had been ignited in several of our kids’ eyes, she happily dug in and made them feel as if they were the most important people in the world. She patiently allowed us to take photo after photo with her. She invited us up on the Broadway Stage. She made a memory for us which we will never forget. Benjamin Endsley Klein, the director of this magnificent theatre piece, gave a mini master-class to another very special teen who came on her own, with no caregiver, because she has an interest in pursuing acting. Several of the ACS coordinators and an intern were able to listen in as he told her tips on how to audition as well as regaling us all with an account of the journey “ANN” took to make it to Broadway. Mr. Klein was supposed to go to a rehearsal, but when he heard Foster Your Dream was coming to see the play, he re-scheduled in order to be available to us. Producer Sarahbeth Grossman helped facilitate all of this because she has the heart of an angel and understands that one kid inspired in theatre is worth hours of effort. She coordinated the many people involved in the production end and allowed us the ability to have a private talk-back. She made us all feel special and we thank her.  Executive Producer Kevin Bailey started the whole ball rolling many months ago.  Without him, we would have not been given such a special entree.  He went to bat for us with the heart of a lion. Deidra Sutton, Darrell Williams from ACS (Administration of Children’s Services) and Emanuel, their intern, put hours of effort and love into getting two agencies involved in our first outing. Very special thanks go out to them for the magic and positivity they showed during the entire event. We hosted Inwood House and Saint Dominic’s House and we send out special thanks to Mses. Worthy, Giordana, Feliciano and Goris for making sure the girls and several young fathers were able to come see the show. Even though a group didn’t make it to the theatre due to the E train and F train difficulties, the afternoon was a great success and there were a lot of smiles, which you will see in the photos below! Ms. Taylor may not realize it, but her willingness to share her time and to be with us was a priceless gift. To make us feel special and worthy was something that will continue to bloom for generations. As Ann Richards was an inspiration to Holland Taylor, Ms. Taylor is an inspiration to us. Ann would be smiling. We certainly are! Thank you. PLEASE GIVE IF YOU CAN BY CLICKING ON THIS!

~Sue Wolf & everyone at Foster Your Dream. 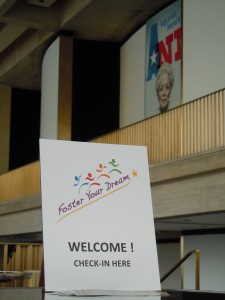 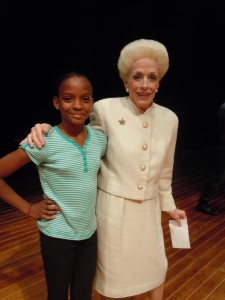 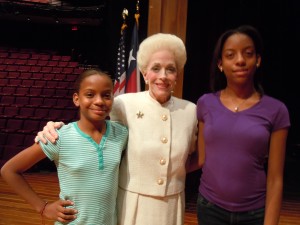 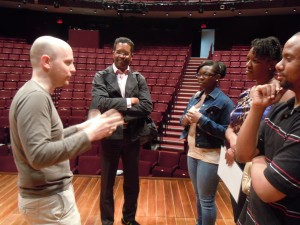 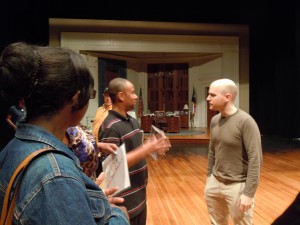 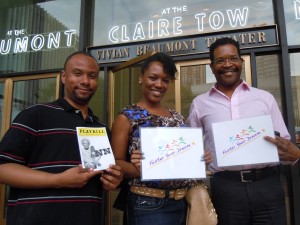 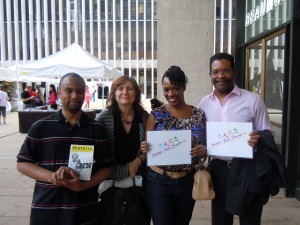 PLEASE GIVE IF YOU CAN:  note: at the moment, there is only one way to donate. http://www.causes.com/actions/1731752-give-foster-youth-opportunities-and-a-dream (click this link)